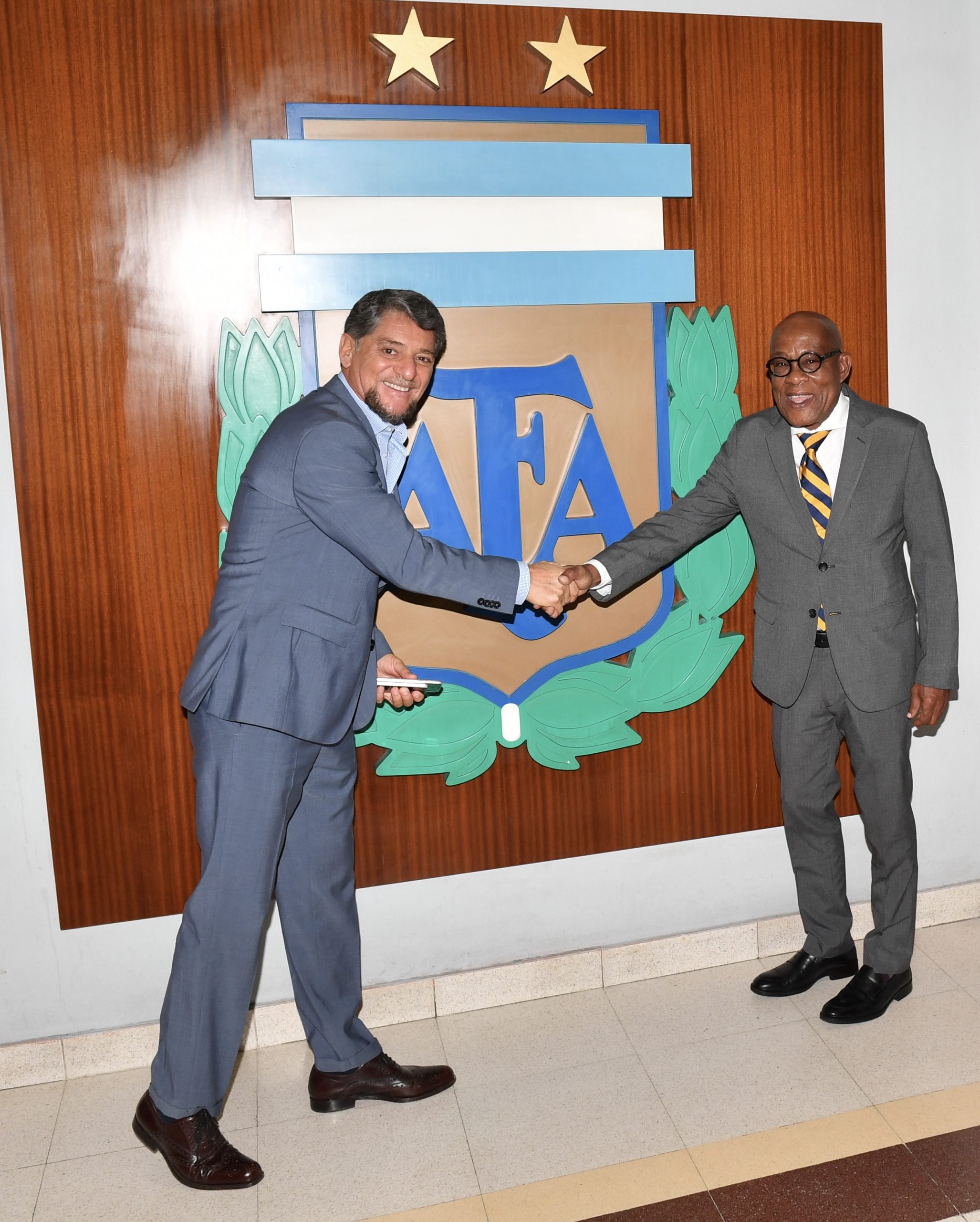 BRIDGETOWN, Barbados (May 11, 2020)—Caribbean Football Union (CFU) President Randolph Harris has flagged the development of coaches as a priority  if the organization is to realize its objective of having no fewer than two teams from the Caribbean qualify for the 2026 FIFA World Cup.

“Where we fall down most is in our coaching and coaching education departments, and we have to really look at having more of our people interested and qualified to take these young people on a journey of love in this game of football,” Harris said.

He was speaking on May 7, 2020, during a Videoconference titled National Youth Teams Management and Training Model—a tripartite initiative of the Argentina Football Association (AFA), the Argentinian Embassy in Bridgetown and the CFU. The facilitators were Jerònimo Aimar, Romàn Manassero and Hermes Desio, who detailed the 10 training models the AFA uses.

“As president of the CFU, I want to be in a position where I can assist the CFU in ensuring that at least two of our countries qualify for the 2026 World Cup. The only way we can do that in the Caribbean is by further development and good planning,” President Harris said in his opening remarks.

He thanked the Ambassador to Barbados and the Eastern Caribbean Gustavo Pandiani for the eagerness to work with the CFU. “I can speak on behalf of everyone, to let you know how much this is appreciated,” President Harris added.

Last Friday’s session, which was held via Zoom, attracted more than 70 participants from the 18 English-speaking territories of the CFU. This Friday, May 15, 2020, the Dutch, French and Spanish-speaking members will have their turn.

Photo: (L-R) Argentine Ambassador to Barbados and the OECS,

The participants in the May 8, 2020 videoconference—an initiative