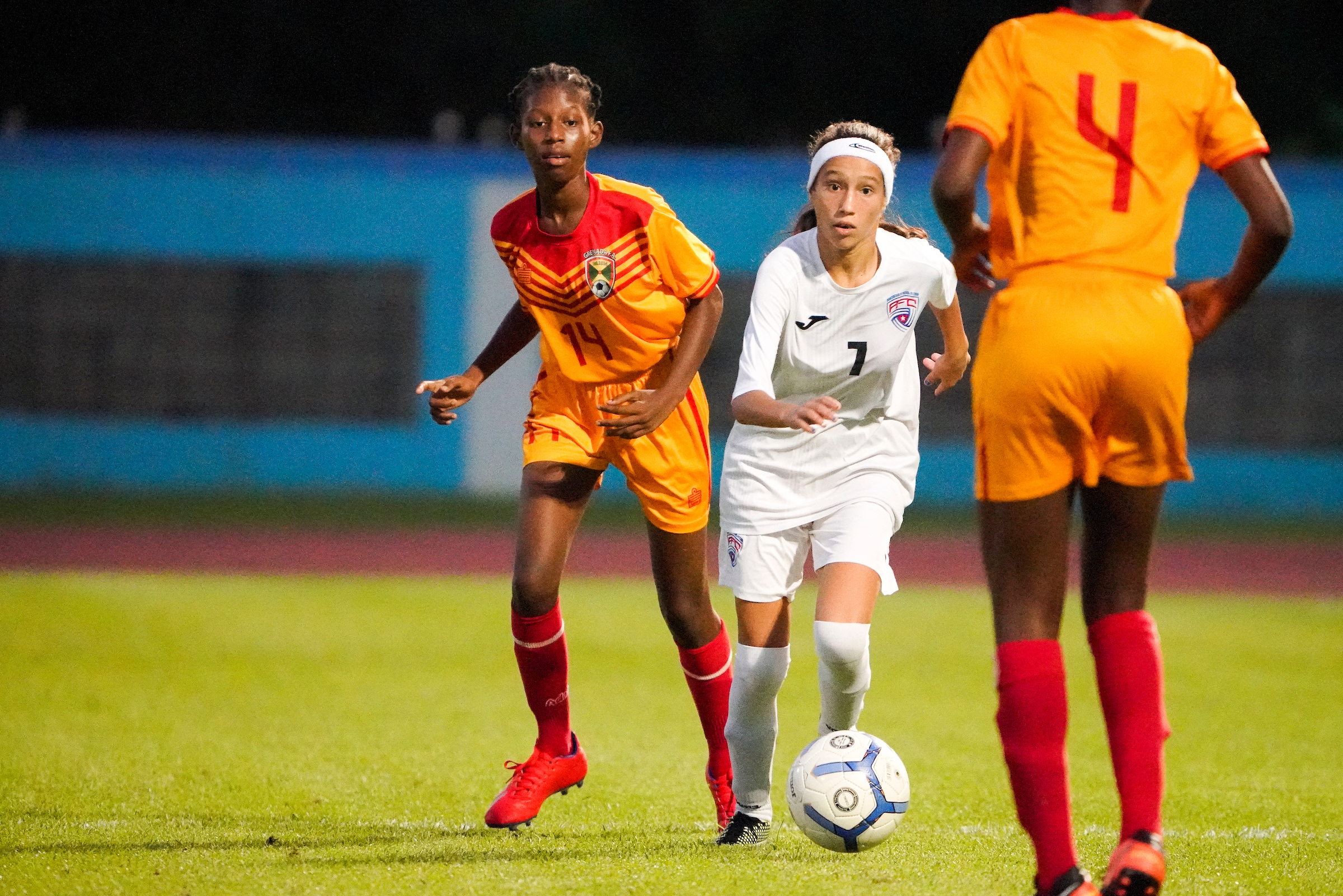 PORT-OF-SPAIN, Trinidad (October 28, 2019) – Cuba and hosts Trinidad and Tobago had contrasting Group 5 victories on Match Day 2 of the CFU Girls’ Under-14 Challenge Series on Sunday to set up a thrilling top-of the-table clash on Tuesday. Suriname and Grenada, meanwhile, showed improvement in their second outings and will seek to finish the tournament with a positive result, also setting the stage for a good encounter.

Playing at Ato Boldon Stadium, Couva in the first match of a double header, Ainacly Montalvo Batista and Dalia Ledesma Baez both scored braces in Cuba’s 7-0 win over their Grenadian counterparts.

Batista and Baez took turns putting the team ahead, with Batista converting in the 11th minute, followed shortly by Baez in the 13th. When Batista scored again in the 23rd, Baez followed suit three minutes later.

Yesela Castillo Napotes 39’, Sheila Vega Hernandez 54’ and Amanda Rosabal Rosales 62’ added to the Cubans’ tally of seven, which was the same amount of goals scored—and the same score line—in their opener two days prior against Suriname.

If Cuba controlled the match, the young Grenadians had the support and encouragement of the spectators.

It was a much different Suriname team than had been on display on Match Day 1 that showed up to play hosts Trinidad and Tobago in the second match, which ended in favor of the home team 3-0.

Breana Smith put Trinidad and Tobago on the scoreboard in the 21st minute in a half that was one of the more evenly contested seen in the group to date.

The teams returned from the halftime break to engage in a keen and progressively aggressive manner, resulting in the referee, Cadijah Mars, handing out two yellow cards to the visitors. Talia Martin added a second goal for Trinidad in the 46th minute and Gamie Waldron converted a penalty in the 49th sealing the score at 3-0.

With one more match day left, Cuba and Trinidad and Tobago both have six points but Cuba, with 14 goals, one more than the hosts, lead on goal differential. Suriname is third and Grenada round out the table.

Trinidad and Tobago’s Smith leads the Group 5 goal tally with six, one more than Cuba’s Batista.

Suriname and Grenada play at 5 pm Tuesday ahead of the Trinidad and Tobago v. Cuba closer.

We at the Caribbean Football Union (CFU) take this